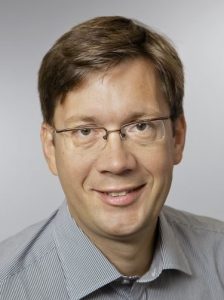 It is a major challenge for the proliferating cell to replicate the entire genome before each cell division, due to the large size and high accuracy by which it must be accomplished. It must also be a very efficient process because the cell has a very limited time to finish the task. We are studying on the molecular level how DNA replication is accomplished in eukaryotic cells. There still remain many large questions that have not been completely resolved.

We have focused on how and when DNA polymerase epsilon (Pol epsilon) build DNA. Ours and others work in yeast have shown that Pol epsilon is primarily involved in leading strand synthesis, thus building nearly half the eukaryotic genome each time it is duplicated. Pol epsilon is one of the most accurate DNA polymerases in the cell and the low number of replication errors protects the genome from mutations that may transform cells into cancer cells.  A subclass of mutations in POLE (the human Pol epsilon gene) was recently classified as drivers in cancer development, and these mutations are all located in the proofreading domain. We have applied X-ray crystallography to obtain high-resolution structures of such Pol epsilon variants and wild-type Pol epsilon to address how Pol epsilon sense lesions or mis-incorporations in the DNA and remove replication errors with a proofreading activity. Furthermore, the influence of an Fe-S cluster in the catalytic domain of Pol epsilon on the activity and fidelity of Pol epsilon is under investigation. These projects provide new molecular insights about how the eukaryotic genome is duplicated with only a limited number of replication errors each cell division.

We have an opening for a post-doc.